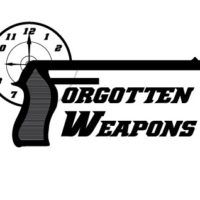 By Forgotten Weapons on August 19, 2019 in Firearm Reviews

Johann Nicolaus Dreyse, later promoted to the aristocracy as Nicolaus von Dreyse, designed the first mainstream military breechloading rifle. His rifle was adopted by Prussia and changed military history, but this was not his only work. Dreyse also endeavored to sell guns commercially, both rifles and handguns. This is an example of one of his first, the Model 1835. It is a single shot breechloader, with the chamber consisting of a rotating tumbler. The firing mechanism is identical in concept to that of his Model 1841 rifle, just scaled down for the smaller pistol. The piece uses a power charge of just 6 grains, but its breechloading action was quite advanced for the 1830s!

I want to let you in on something ... We recently got our hands on some sniper-tech optics so powerful that you can just about see into the future with 'em...

Plus they're water resistant, crystal clear, and shock-proof so you know they can take a freaking beating!

These are the tools U.S. Army snipers use to take down bad dudes hundreds of yards out...

CHECK AVAILABILITY HERE -> Get yours 50% OFF with free shipping!